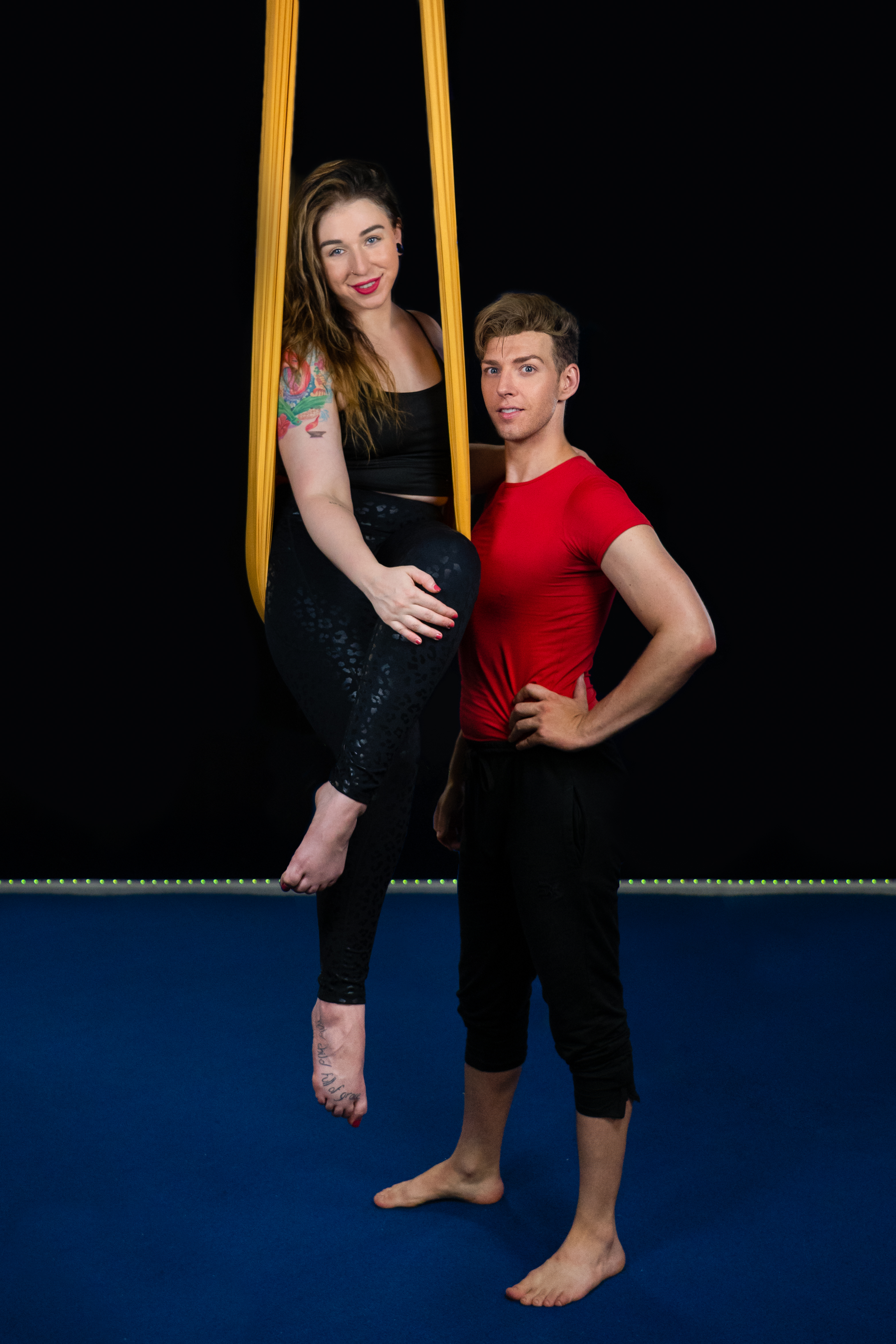 Ashley Sylvester (Sylvi) is a circus artist from Chicago. Ashley spent most of her life growing up in dance studios & theaters. She eventually found her passion and became a circus artist in the year of 2012. Ashley is a graduate of the Actors Gymnasium's 2016 Professional Circus Training; majoring in Aerial Sling and minoring in Hula Hooping. She is a 200 hour Yoga Alliance certified instructor, as well as being certified in Yoga Sculpt, Barre, Pilates & Aerial Yoga Instructor. Her primary movement studies feature hula hoops, sling, lyra, silks, aerial yoga, yoga, dance, character acting and fire performing.

Sylvi currently owns and operates a Chicago based production company; Sylvi Circus Arts, producing shows as a solo & ensemble and has performed for clients as big as the NFL, Green Day and Linked In. She also belongs to other entertainment companies as a nationwide touring artist. Circus is her life and she can not wait to share it with you!

Phillip is a professional Aerial Dancer, Actor and Teaching Artist based in Chicago. He is a member of The American Guild of Musical Artists (AGMA). Recently, he was featured as a solo dancer in Tchaikovsky’s The Queen of Spades with The Lyric Opera of Chicago. Previous Lyric credits include La Boheme, Cendrillon and Turandot. His favorite aerial work was as an Aerialist in Cedar Point Entertainment’s Luminosity: Ignite the Night in partnership with On the FLY Productions. Other performance credits include Black Ensemble Theatre, Le Petit Théâtre du Vieux Carré (New Orleans); Collaboraction, Tecumseh! Outdoor Drama, McLeod Summer Playhouse and various cabaret-style venues.

After attending Southern Illinois University for his BFA in Musical Theater, Phillip wanted to broaden his skill beyond Music and Dance to create larger-than-life storytelling. He furthered his training through Actor Gymnasium’s Professional Circus Training Program, Joel Hall Dancers & Center’s Professional Scholarship Program and various intensives. Through his present/past work with Actors Gymnasium, Chicago Aerial Arts, CirquesExperience, The Beverly Arts Center and The Park District of Highland Park he emphasizes making performing arts inclusive and accessible to all. Phillip believes anything existing in your heart has a place on stage.